What A Transvestite Hooker Taught Me About The Hennepin County Jail Roster (April 11 to May 31, Roster-O-Rama!) 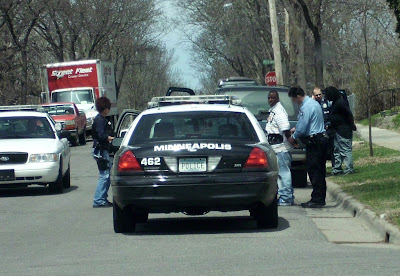 
Regular readers know the deal: the Hennepin County Jail roster is online, but for some reason portions of it are not crawled by Google bots. This would include the home addresses of incarcerated persons "received by" the jail. For some reason--and I attribute this to the system just being clunky--the home addresses only pop up under the "received by jail" and not other portions of the roster. Go figure.

As a public service, about once a month I copy the whole roster--it's public info, after all--and I post it on my blog. My focus is North Minneapolis addresses--which slumlords are routinely housing accused rapists, for example--but I'm not going to pick through the roster and separate out the North Minneapolis addresses. To heck with it. Throw the whole thing up there, I say. Let truth sort itself out. Ironically, if all jail rosters across the United States were made as accessible as the one in Hennepin County, then briefly being in jail wouldn't be such a big deal. The people who are upset are the ones who want to HIDE the fact they were in jail. Like, gee, here's my otherwise spotless internet identity...except for that damn Hennepin County jail roster.

The roster consistently drives traffic to my blog. And, just as consistently, I get emails from individuals who are upset that I dared to...

...publish public info which is about as interesting and personal to me as a phonebook. These emails threaten, beg, plead, cajole, and then threaten some more. Some point out they weren't CONVICTED of anything. Of course, I never said anybody was convicted. All I say is, hey, here's the roster. We live in a society where people can't be secretly jailed. If you're jailed, it's a public record. All I do is make that record much more accessible and searchable.

Sort of. Turns out there's a big flaw in my process, and I discovered it while researching Deontay T. Duffy, the transvestite prostitute. I was on the jail roster...and there was his name, and there was his record...then suddenly just his name was there, and the record was inaccessible. Then even his name disappeared. Trying to figure out what happened, I started digging into the system, playing around with the functions.

Turns out the "received by" function is not comprehensive. The roster below, for example, DOES NOT have the name of everybody who came through the jail from April 11, 2011 to May 31, 2011. Some people were in that jail, generated records, then the records went away before I captured them.

In this sense, the roster is RANDOM. It represents a snapshot of individuals unlucky enough to have their name and address listed at the moment I do my monthly search. Their address may be listed because they just arrived at the jail...or because they have been there a long time...or the record is just stuck and hasn't been cleared for whatever reason.

Oh, well. My roster isn't perfect. It's even less perfect because I'm three weeks behind.

But I'm still going to keep doing the roster. Though I have received angry emails, I've also received some grateful emails...including one that said my website was the only source for the address of a particularly unsavory individual, who needed to be located for civil proceedings involving child custody. I like doing the roster for the same reason I like doing other blog posts: because it has an impact.

Here is your banquet of data...

And all this info, and your words will have an "impact" on your next lawsuit. You are your own worst enemy.
You will be served, either in person or by publication. You can hide, but you will be found - just like Osama!!

Anon 11:12 You sound like you ave something to hide?

Keep it up Johnny!

This is a lot of information to absorb. I use Windows Vista and my operating system allows me to press Ctrl F and do a search of screen info by Street or Name.

I am not sure what other OS have this function but it may really help bloggers utilize this info better within their neighborhoods.

"Served by publication", 11:12 jests hastily. In person? You are an entity whom chimes in as one of the many Anonameass brave toe jam warriors that are known to possess skills that would impress LaMont Cranston."You will be found-just like Osama!" Incredibily profound and deep statement there, and i bet it took you hours to come up with it. I think you mean Saddam because the other asshole wasn't hiding, asshole. Anyhow, those who suffer from psychological abnormalties such as your average everyday CHOMO, could have the trousers that button up in the back instead of the front, and the transvestites could have the ones that button up their respective infected bunghole which is in the same general area. Lunatics,of course, will have to be restrained. Flea collars with G.P.S. and assorted other facsimilies along the lines of scarlet letters and muzzles might be an effective deterrent for the sexually insane no matter how their malady is categorized. Finally, the most savage controversies are the ones that pit the naive fucks that think perverts can be re-habilitated and those who would like to roast them all in the ultimate Universal Bonfire. As Crazy Arthur once stated in song " I am the God of Hell and fire and i beg you to burn" (followed by spooky sounding church organ). Good Day.

I think the names drop off the online roster about a week after release. So by running it once a month you are probably filtering out a significant portion of the low-level crime.

Anyhow, you're toast if you have a public record. You can also search MNCIS MPA and the MN BCA (official because they are tied to fingerprint) records for individuals also.

Johnny Dipshit. Might be time to get a job and actually contribute to society instead of tearing people down who are. You are a nobody. An egotistical attention seeking bully. Gross

Yeah, I will think about that "get a job" thing.

All the way from where I currently work...

Why would you do this to people? Employers Google potential job candidates. If a candidate’s name gets a hit on something like this, the candidate will likely be passed over. You're just perpetuating the cycle for a lot of people that are probably disadvantaged to begin with. You’re not doing anyone any type of service, just hurting people. Is this some type of ego booster? Pathetic. Seriously. Do yourself and everyone else a favor and use your skills to pursue injustice, not this meaningless attack campaign on people that have yet to even be convicted of anything.

Well, I think you've stated a pretty good reason to do it: because people like potential employers are out there searching, RIGHT NOW, trying to find this exact kind of info.

And this is the place where they find it!

We are rapidly approaching a time when virtually everything, including old paper court records, will be online.

Currently, the system is imperfect...I'm here putting the Hennepin County Jail Roster online, but in other counties this information is slipping under the radar.

And yet I think, well, I can't do everything...but I can do my little part.

And you'll be happy to know I'm thinking of doing even MORE with the jailhouse roster...going into the data and highlighting the more serious arrests.

So you publish these names so people won't be able to get jobs? What if they are found innocent? or the charges are dropped? An employer sees this info and rejects them just because you have a need to publish names? Don't you care that you may unjustifiably damage someone's reputation? or that they may not get hired for a decent job because they were falsely accused of a crime?
Have you no conscience?

I agree with others. It's a total douche move publishing names of people who have been arrested but not convicted. You're needlessly making people's lives difficult while you pretend to be a caring member of the community. If somebody has been convicted for something then fine publish away but what you're doing here is just being a dip shit.

Wait, what are you doing with a
"Transvestite Hooker" ?

Wait, what are you doing with a
"Transvestite Hooker" ?

Here's an idea that will help you with your future reading comprehension and giving valuable commentary. Try actually reading the story and not just the headline before commenting. You will find it works wonders.