For Whom Does The Bell Toll? For Northside Marketing Task Force... 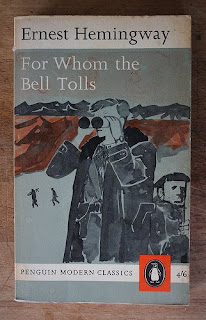 Flickr.com Photo
I previously reported on the most recent controversy associated with Northside Marketing Task Force in the wake of their new website going online, click here.

Today word comes that Wesley Walker, the Executive Director of Northway Community Trust (which pretty much holds the purse strings for NMTF and therefore their collective nuts) has given his assessment of NMTF, which is exactly as follows...


"For all intents and purposes, NMTF has ceased to be a functional organization."

One kindly assumes some kind of new NoMi marketing effort will be reborn out of the smoldering NMTF ashes, evolving from past mistakes. In the meantime, de facto North Minneapolis marketing has been left to ad hoc, volunteer efforts answerable to nobody like, oh gee, bloggers.

But that's OK, because lately even the mainstream media has been changing its dreary, tired tune about North Minneapolis. Violent crime down 40 percent! Housing bargains galore! And Lavender Magazine will declare NoMi a "gayborhood" on or about August 14.
Posted by Johnny Northside at 11:57 AM

Email ThisBlogThis!Share to TwitterShare to FacebookShare to Pinterest
Labels: marketing

So how do we get the professionals involved in this effort once again? Volunteers have their place, but not on a marketing task force unless they have tons of marketing experience. Way too often, neighborhood folks become involved in these efforts because no one else will and suddenly christen themselves the "experts" even though they have no credentials or past experience to justify the claim. That's been one of our major downfalls on oh-so many levels.

Hi Johnny, I just had to share a non- post related tidbit. A property I know of through work at 1019 22nd is starting to see a lot of traffic and today a colleague caught a prostitute and her john on the kitchen. Looks like it'll be getting boarded now pretty quick. have a good one!

Pond-dragon says, we have folks that have years of marketing experience that can provide volunteer work, However, as with the last NSMTF which Mr. Don Allen as well as others can attest to, was 99% Political and 1% marketing. That group rejected the NOMI idea! Any who turn the numbers around and I think there will be a butt kicking set of marketing pros available.

I wish that less politics and more work would be done in our Northside community.

You hit the nail on the head, Nicole. Any time you try and get anything done around here, the same old gang sticks their nose in and politicizes it or turns it into a racial issue.

My theory is that in maintaining the status quo, they stay on top, and able to whine about stuff not getting done, and about how the North Side is always picked on, etc., etc.
They cannot let anybody but them succeed, or the cat will be out of the bag, so to speak.

I'm starting to suspect they have overplayed their hand in the whole JACC drama, however. People are coming to the realization that the "Community Leaders", and the "Legacy Institutions" are nothing but a bunch of snake oil salesmen. They look around at other North Side neighborhoods like Bryn Mawr and Victory and see that stuff CAN get done and are clambering for that, too.