PDF Of Criminal Complaint In The Bizarre Matter Of Attorney Kristi McNeilly... 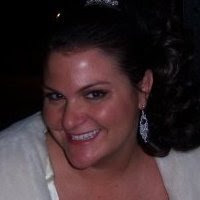 Here's something I don't say very often to my readers:

Prepare to be disappointed.

Yes, I have a copy of the criminal complaint in the bizarre matter of Kristi McNeilly, click here for the document in PDF form. McNeilly's professional meltdown appears to be the juiciest lawyer scandal in the state for the time being, and this matter touches on North Minneapolis due to her recent representation of public figure Ben Myers in one of the JACC-related lawsuits. The lawsuit was so poorly drafted that these inadequacies were pointedly mentioned more than once in the judgment.

But hey, maybe McNeilly had other things on her mind.

The Star Tribune story about McNeilly's McMeltdown managed to wring out almost every drop of juice from quite a juicy story, so there are very few details in the document which add anything new.

All the same, since this is the very day McNeilly saw stunning defeat in the defamation suit against the "Jordan Three," the release of this document in the blogosphere is very timely and, hey, inquiring minds want to know...in NoMi.

I will say one more thing and I'm saying it in a very serious tone, not kidding around, here.

For God's sake, put this woman on a suicide watch.

Just learned of a development in this case: the charges against McNeilly were dropped in late November, 2009. The prosecutor cited problems with the witnesses.

Here is a link to the Star Tribune. No doubt the crummy Star Tribune link will go dead, so try a Google search if it does.

It's to bad that one of the witnesses is dead (her dad) and one is running from the law (her brother). It would have been an interesting case to watch. I'm sure the McNeilly's will make the news again soon.

As of this date, McNeilly still has at least one complaint pending with the Office of Lawyers Professional Responsibility. See today's blog post.

The situation as of today is that McNeilly's domain name has expired.