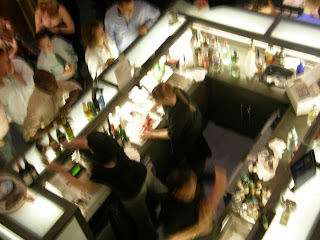 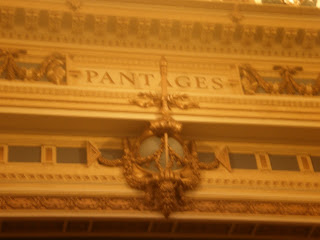 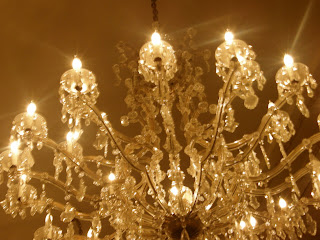 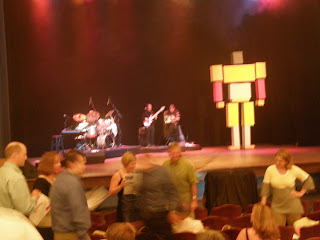 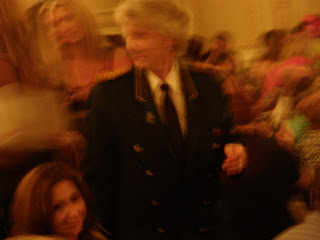 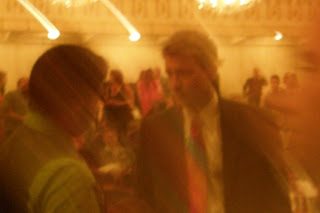 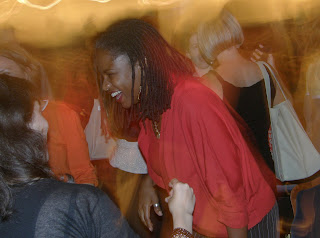 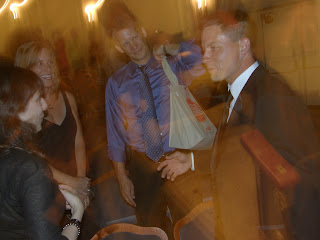 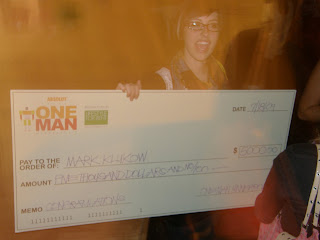 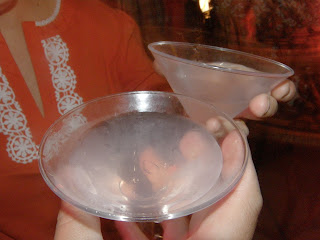 Here are some photos from last night's "One Man Minneapolis" pageant, where Officer Mark Klukow swept to victory while talking up all the deep, positive changes in North Minneapolis. (NoMi)

In the first photo, the brightly lit...

...bar at the entrance of the Pantages Theater, as photographed from above. You enter the theater and the first thing you see is a place to get a drink. And then stuff just gets MORE fun from that point.

In the next two photos, details of the amazing Pantages Theater. In the next photo, the interesting stage decoration for One Man Minneapolis. My first thought was, "Oh, cool, let's SET IT ON FIRE and then run around naked while painted blue!" And then I realized, oh, gee...that's a different event. That's "Burning Man" in the Southwest United States.

In the next image, one of the impressively-dressed ushers circulates a ballot box. One of the women who attended the event with me lobbied a couple of guys seated behind us to vote for Mark Klukow, describing his program to give away bike helmets to kids. At the last minute, at least one more vote was swayed to Klukow. The process was very much like a political caucus, as audience members whose "candidate" didn't make it into the list of finalists became "uncommitted delegates." All the cheering for Klukow by his tightly-knit group of supporters helped create a "bandwagon" effect, propelling Klukow to victory.

In the next photo, Mayor Rybak. His work is never done. Even at this social event, numerous individuals approached, shook his hand, and then mentioned some city issue. I was no exception to the rule, approaching and then telling Rybak how phone book dumping continues to plague North Minneapolis despite some purported reforms by the phone book industry. The Mayor said this issue was frustrating and he would continue to stay on top of it.

Some time after the pageant was done but the theater was still full of people, there was a moment when anarchy descended and anybody could grab the oversized check and pose with it. This young woman said how she'd ALWAYS WANTED TO HAVE HER PICTURE TAKEN WITH AN OVERSIZED CHECK. So, for a moment, she stole the identity of Mark Klukow and posed like the night's big winner.

After the pageant, an "after party" next door featured "man-tini" drinks. Since I was a designated driver, I only took a little sip of a "man-tini." It was a little bit more fruity than my idea of a martini, but quite nice.

Posted by Johnny Northside at 1:26 PM