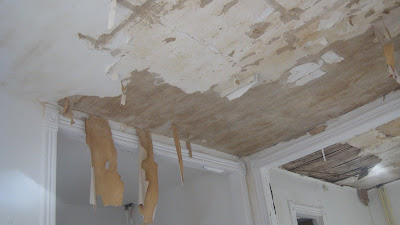 Tynessia Snoddy, whose involvement in mortgage fraud schemes never received the kind of attention it deserved from the mainstream media, but was reported with depth and enthusiasm on this blog, click here for an example, pled out on March 10, 2011 to two felony counts of identity theft. It should be noted that almost two years ago this blog publicly urged Tynessia Snoddy to take a plea deal, click here.

The identity theft happened in association with fraudulent mortgages, some of which (by no means all) were in North Minneapolis.

Among movers and shakers and blog content bakers in North Minneapolis, Snoddy's links to "1564" were long known and suspected. Now, with the case against Snoddy concluding in a plea bargain on two counts, with six counts dropped, this blog is getting a peek at the court file for the first time and we love what we're seeing...

As of today, online court information said Snoddy had a jury trial scheduled for April 18, 2011. I've been able to confirm this information is wrong. No trial is scheduled, though Snoddy has a sentencing date of May 11, 2011. Victims will have an opportunity to make impact statements. The judge is the Honorable Gary Larson.

In the criminal file, which is 27-CR-0814082, the alleged links between Snoddy and 1564 Hillside Ave. N. are finally made explicit. It becomes clear that Snoddy is not a stand-alone player, but part of a massive ring of mortgage fraud that involved many different players. The fact Snoddy's case is RELATED to the Larry Maxwell case (he of 1564 Hillside Ave. N. fame) is made explicit in this sentence, from the State's Notice of Motion and Motion for Extension of Time--June 18, 2010, as follows:

"The prosecution is making available for the Defense to inspect and copy files regarding the investigations and prosecution of Larry Maxwell, Bernard Holmes, Realty Executive Associates and others related to the case at a mutually convenient time." [my boldface]

This criminal file is filled chock-a-block with the names of two bit players who have not yet hit the internet, including one name associated with 1564 Hillside Ave. N. that I find very interesting:

Knita Moore. The prosecutors made allegations that Knita Moore played a role with 1564 Hillside Ave. N. [my boldface]

This blog has done some digging, trying to figure out who is this Knita Moore. We've found a lot of stuff with amazing ease but we're not yet ready to make it all public.

There could be more than one Moore, after all, especially with a name like (ha ha) MOORE.

It's all in the hopper, dear readers, all in the hopper. But if you want to keep reading this kind of stuff, with my blog and the First Amendment itself under vicious attack, consider using the Paypal button, upper right of my site.

Posted by Johnny Northside! at 4:39 PM

The silver lining to that stupid jury verdict is that we're back to regularly scheduled programming.

The criminal case is 27-CR-0814082 as noted in the article. The UD cases are civil. You need to search the criminal side of the database.

Here's the civil court stuff of Knita Moore. Looks like a support case involving Yohance L. Moore and then a handful of evictions.